The US Department of Transportation has issued new guidelines regarding emotional support animals. The guidelines clearly state that as soon as the law takes effect, ESAs will be treated as pets. This also means that the pets will travel in the plane’s cargo, for which the airline authorities can charge fees from the pet owner.

On the other hand, the only animals that can travel onboard with the owner are dogs as service animals trained to assist a disabled person. In addition to this, the airlines will also require the passenger to fill a Department of Transportation form that attests to the training and behavior of the dog.

These new rules take effect 30 days from the 2nd of December. This means that under old regulations, ESA owners with a valid emotional support letter can still fly in-cabin for at least a month. So, in this post, we will discuss what this means for ESA owners and what’s in store for ESAs on flights.

ESA owners have long enjoyed the benefits of traveling with their ESAs on-board. However, under the old regulations, the ESA owners can fly with their pets until 31st December. No airlines will ban ESAs from traveling in-cabin, which also means that as an ESA owner, you don’t have to pay any additional fees.

Unfortunately, when the new rules take effect, you will be subject to the fees airlines charge. Even worse, all ESA’s will travel in cargo, which is not a valid option and relegates the purpose of flying with an ESA.

One potential silver lining is that new rules are flexible and lax. In other words, airlines can categorize pets as ESAs and pets. However, airlines don’t need to do so.

They can make rules regarding ESAs and freely decide how they wish to treat emotional support animals. Airlines who have suffered in the past due to emotional support animals may go against amending their policies for the benefit of ESA owners. But some might consider recognizing ESAs. Eventually, everything depends on the new guidelines each airline will issue in tandem with the new DOT regulations. We will see how airlines adapt to the new changes when they don’t need to categorize ESAs as pets in the coming months.

What Happens After the New Rules Take Effect 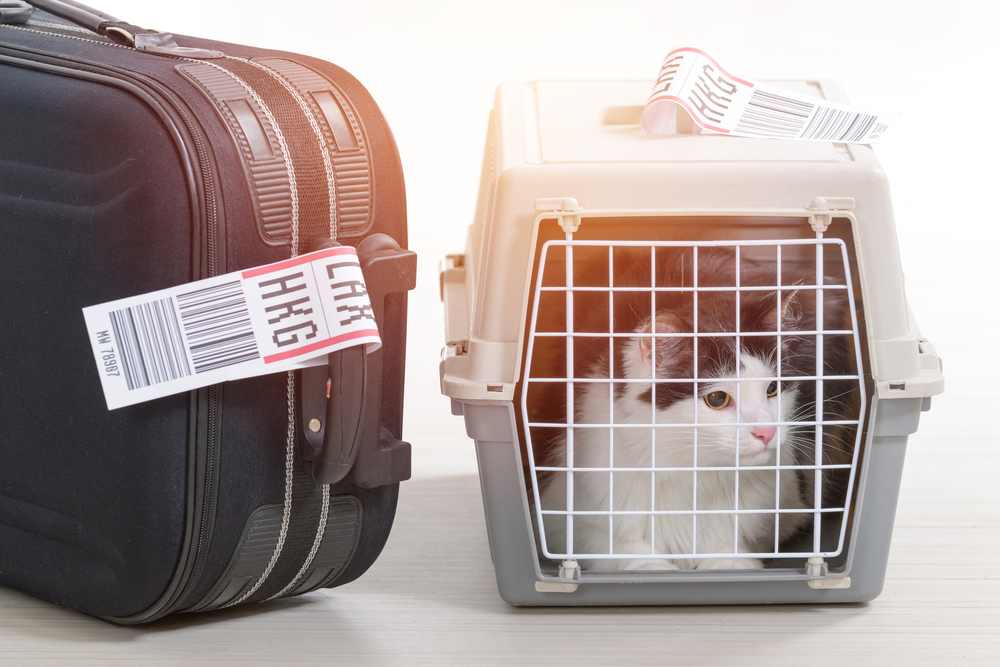 Soon after the new rules take effect in 2021, airlines will first focus on the process of how to treat ESAs. If they decide to treat ESAs as normal pets, an ESA owner can fly on board, but the pet will be required to fly in cargo. In addition to this, it’s also quite possible that the airline authorities accept emotional support animals under completely different rules. So, we all have to wait until the laws take effect next year.

For now, if you’re an ESA owner with plans to fly next year, it’s best to cancel or postpone your plans. Because everything is quite uncertain at this moment. Moreover, it’s best to check with the airline authorities and see their amended policies associated with ESAs. If you think that you cannot cancel your plans and you have to fly next month, most likely you will be subject to the same restrictions and fees as other pet owners.

Why Did the Law Change?

The DOT has always allowed ESA owners to fly with their pets safely without additional changes. However, things changed after the authorities received several public comments regarding ESA misuse. More often than now we used to see news and reports regarding ESAs causing ruckus inside the airplane. This caused the airline authorities including people unhappy with the misuse of ESA’s to go against the existing rules. While these comments and requests allowed the DOT to amend the rules, people with genuine ESA needs will try to preserve the rights.

What Does the Future Hold? 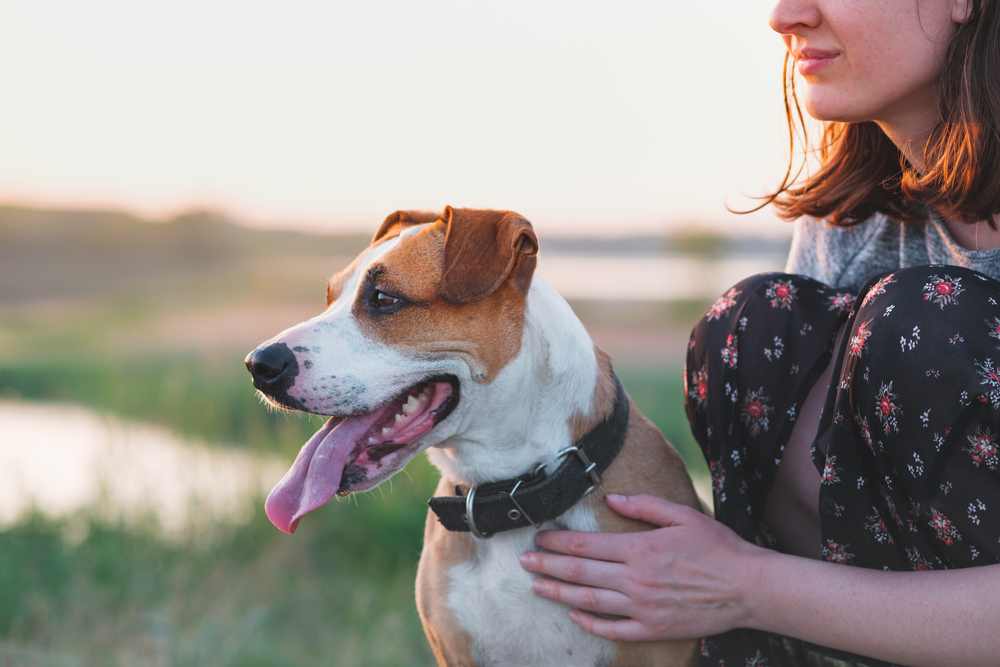 It has to be noted that just like everything has its pros and cons, ESAs come with their own set of advantages and disadvantages. The disadvantages, of course, pertain to people misusing emotional support animal letters and ESA’s to their own advantage. The advantages will no longer apply. This, in turn, will affect those who have genuine mental health disorders.

In fact, the DOT has received several comments in favor of ESAs in the past. It received comments from thousands of people and organizations in support of preserving the rights. The comments talked about mental health issues and how licensed healthcare professionals add ESAs to their existing treatment plan. Some comments even went as far as to explain that ESAs are better than harmful drugs that cause addiction and side effects.

Another advocacy group (The Autistic Self Advocacy Network) commented that ESAs assist people with anxiety and help them feel comfortable in social settings. So, change in rules may affect autistic people and others with significant mental health problems.

Furthermore, the Paralyzed Veterans for America (PVA) also noted that these new rules will severely affect those who have low income. In particular, people with disabilities will have to incur fees as high as $175 making it difficult for them to travel with their emotional support animal.

The Disability Rights Education Defense Fund also came forward and commented that ESAs may not be the only option available. However, in some cases, medications stop showing signs of improvement. In such cases, medical intervention can prove ineffective. So, all these comments provide a ray of hope for those who genuinely need an ESA to improve the quality of life.

The only problem is that despite all the pleas and interventions, the DOT decided to change the old rules. As a result, for ESA owners, the future of flying looks dubious. It’s definitely up to the authorities to amend the rules, but airlines may or may not cater to ESA requirements in the near future. The only thing that ESA owners can look forward to is the policies each airline issues.

In addition to this, ESA owners also have to note that despite all these decisions and changes, ESA owners still benefit under the housing laws. The law requires house owners and property owners to accommodate ESAs without charging additional fees. They can rent decent accommodation without having to worry about the no-pet policies. The only important thing is an emotional support letter from a state-licensed mental health professional. So, air travel rights might cause inconvenience, but ESA owners can continue benefiting under the Fair Housing Act. 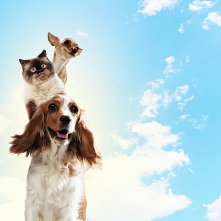 Get Your ESA Letter From Certified Professionals

Qualify for an ESA letter today and take advantage of the housing benefits with your furry friend.

The DOT may have issued guidelines stating that airline authorities should only cater to the requirements of service dogs but, if an ESA helps you alleviate mental health problems, it’s vital to recognize the bond. In other words, you have to show that an ESA can help contribute towards mental health problems. Even though it might not help change the rules but the comfort and relief that you get from your ESA will not change. So, do not lose hope and believe in the strength of an ESA if it helps you cope up with a mental illness.

Pros and Cons of Banning Emotional Support Animals on Airplanes

3 Benefits of Living With Cats Backed by Science 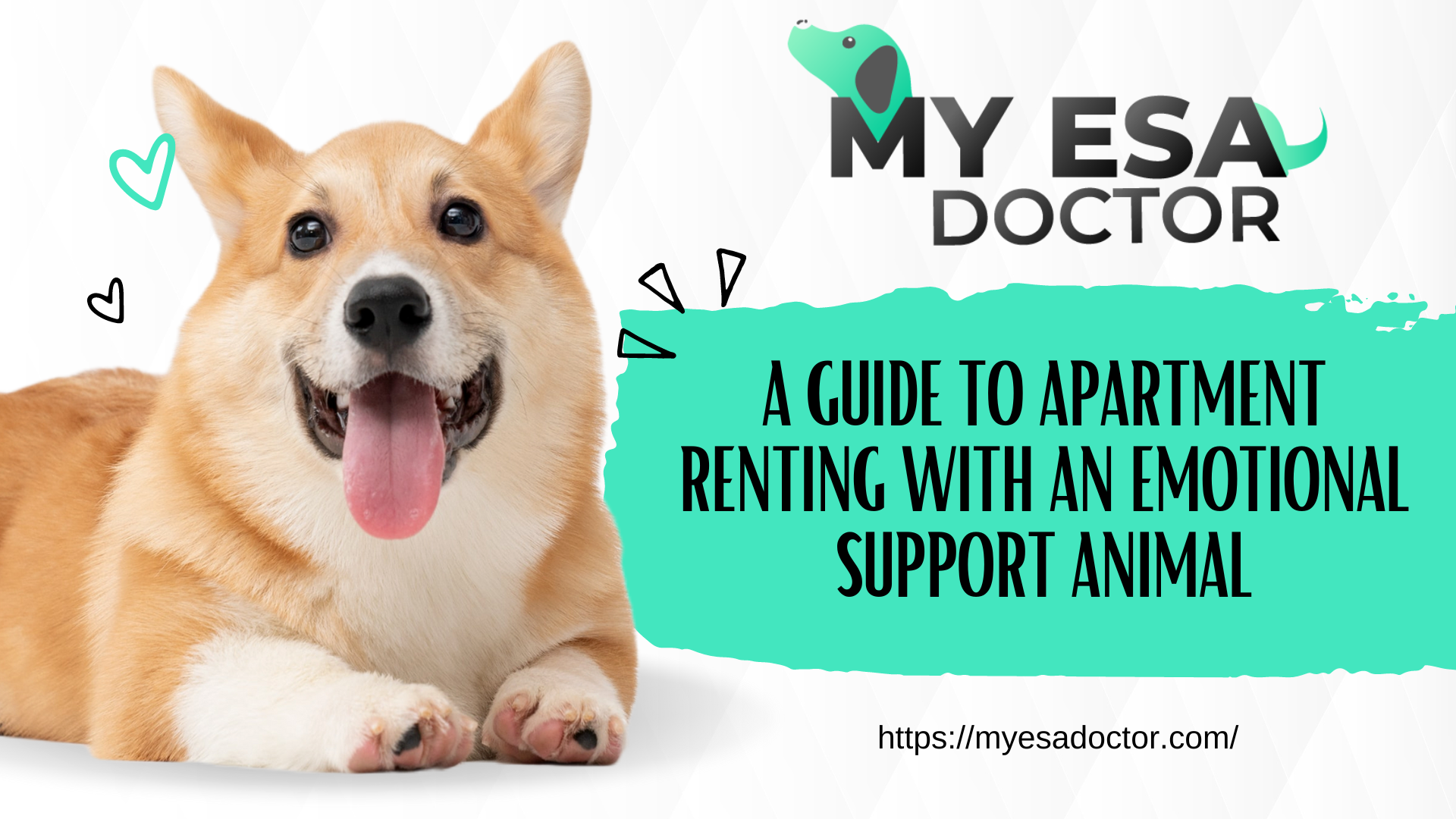 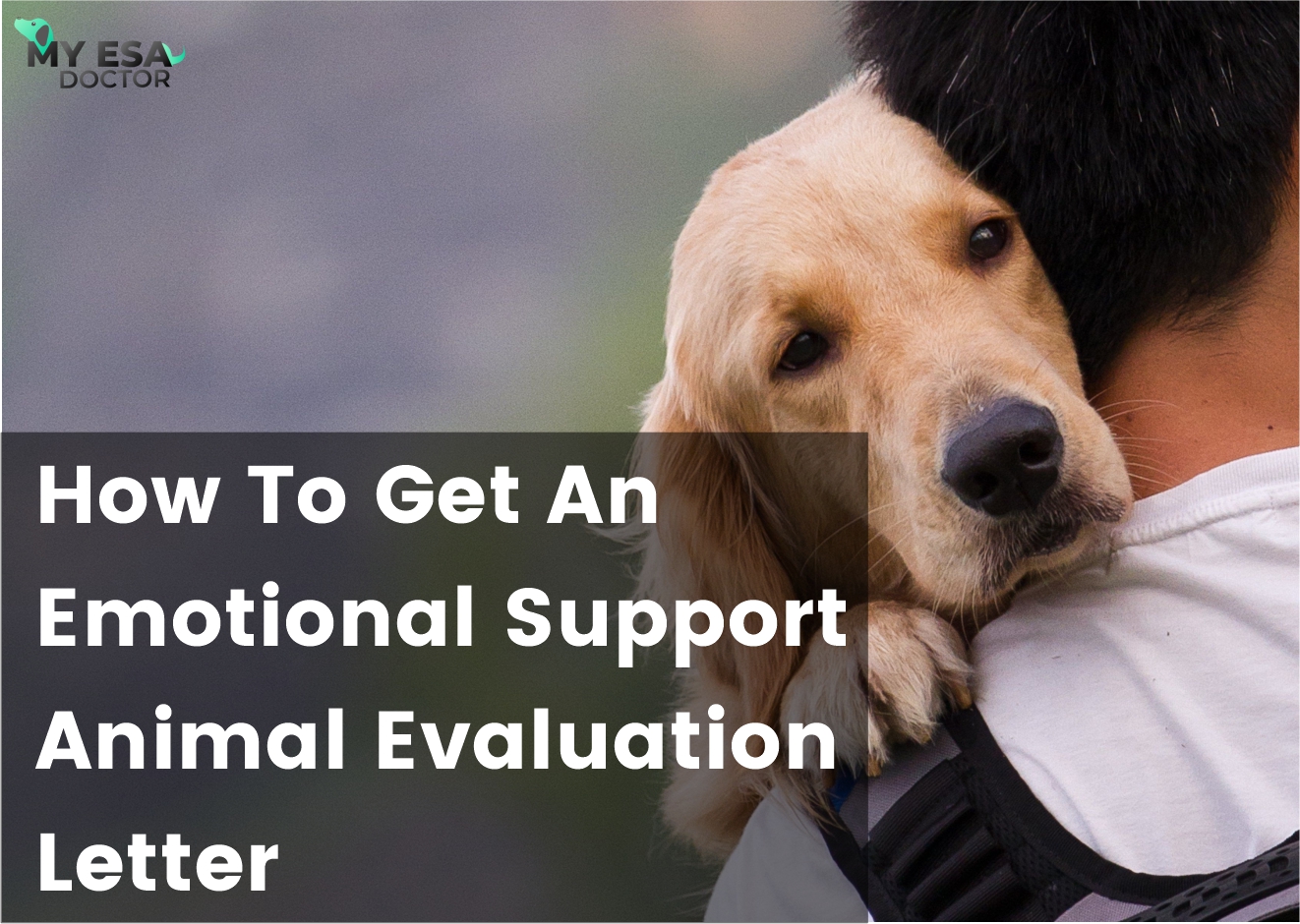 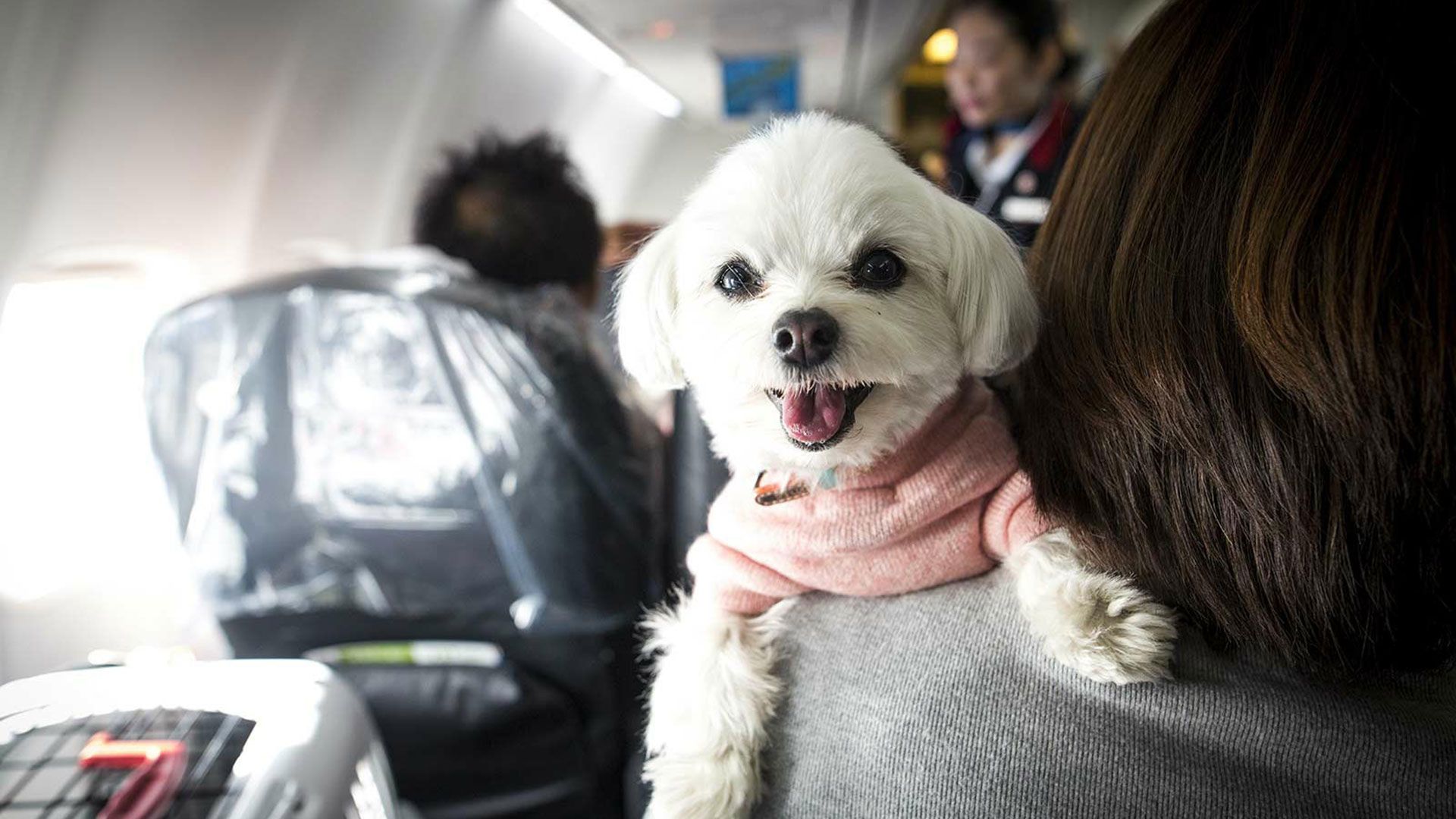 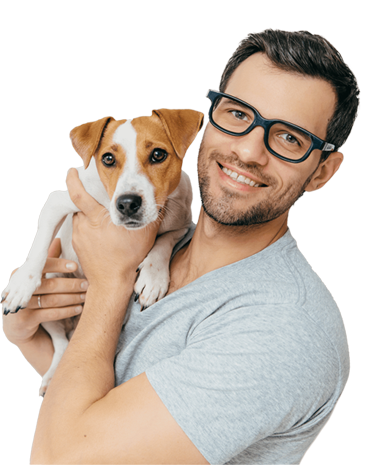